It's an exciting time to be exploring space! All over the world, national space agencies are sending missions into space and preparing to send astronauts into orbit and to the moon. At the same time, the commercial aerospace industry (NewSpace) is expanding with more start-up providers and serving new markets. These developments add up, making the space cheaper and more accessible.

Such a development of the creation of reusable missiles, which reduce the cost to individuals, will be greatly reduced. Earlier this month (December 15th), the European Space Agency (ESA) signed a contract with aerospace giant ArianeGroup to develop a reusable rocket. As part of the Themis program, ESA will use this rocket to assess the technologies required for potential use in future European launch vehicles.

The Themis program is named after the Titan goddess of divine law, order and customs in the Greek pantheon. The program has been designed based on recommendations made during the Space19 + Council of Ministers in Seville, Spain (November 2019). Among other things, the Council stressed the importance of developing reusable spacecraft (such as the Space Rider) that will help ensure lower costs and better access to space.

To this end, ESA signed a EUR 33 million (~ USD 40.4 million) contract with the French aerospace giant ArianeGroup for the “Themis initial phase”. This includes the preparation of aircraft technology, the test bench and static fire demos at the company's facility in Vernon, France. It also includes preparations for the first "hop tests" at the Esrange Space Center (a facility of the Swedish Space Corporation) in Kiruna, Sweden.

“Themis will develop key technologies and demonstrate reusability capabilities in Europe. This will create additional options to lower the cost of access to space and increase Europe's flexibility to offer a variety of launch services. "

The Themis vehicle is a single stage demonstrator with a height of 30 m (~ 100 ft), a diameter of 3.5 m (11.5 ft) and a fuel capacity of 130 tons (143 US tons) of liquid oxygen (LOX) . and methane. Once assembled, this rocket will be based on three Prometheus engines, also developed by ArianeGroup together with its partners in Belgium, Switzerland, France and Sweden. 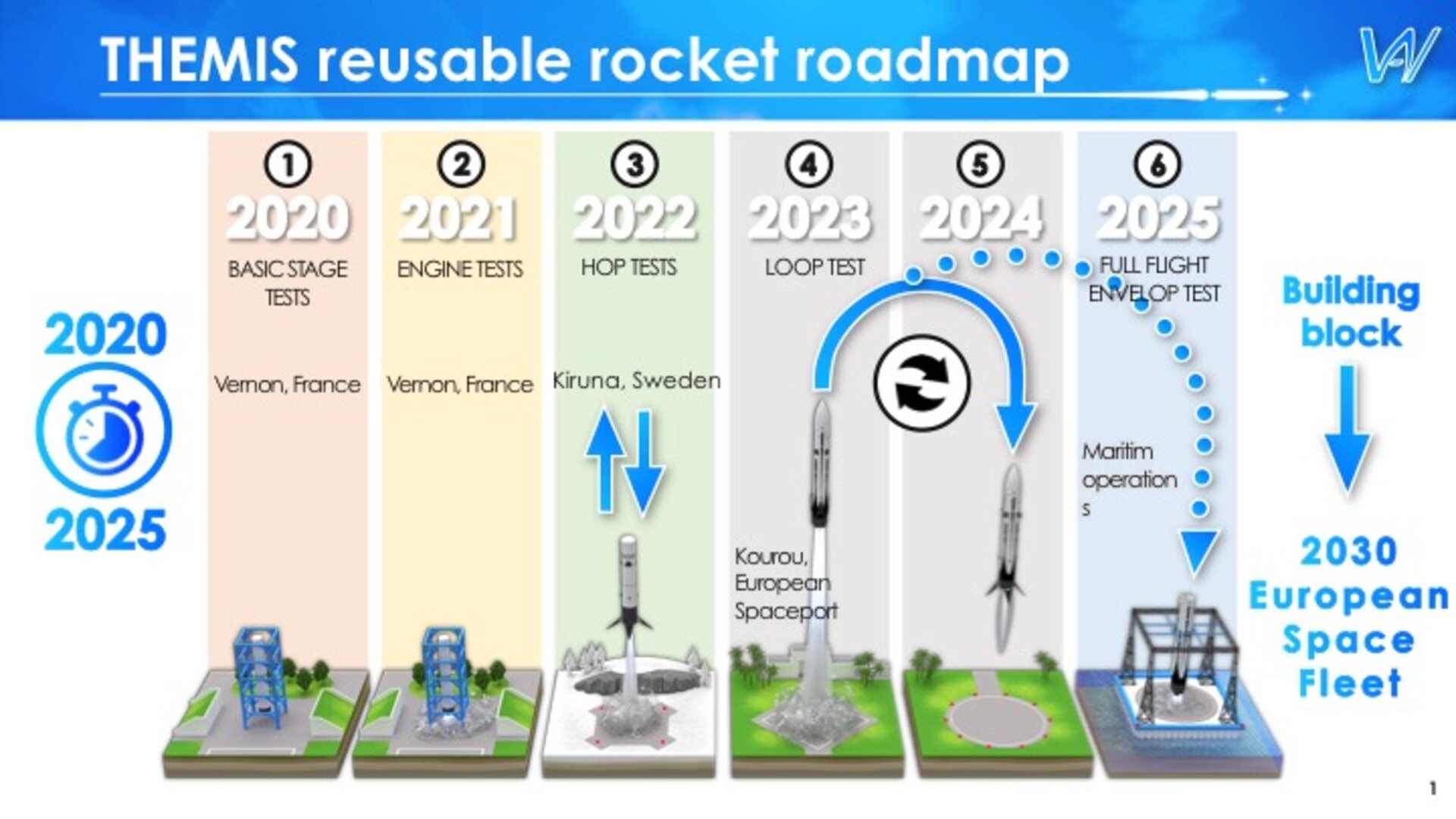 This versatile, next-generation engine can produce 1000 kilonewtons (kN) of variable thrust and can re-ignite. It also comes with an on-board computer that provides real-time engine management and monitoring. These properties, which are critical to reusable missiles, make the Prometheus suitable for core, booster and upper stage applications. André-Hubert Roussel, CEO of ArianeGroup, commented:

“With the Prometheus motor demonstrator, which is operated with liquid oxygen / methane or oxygen / hydrogen combinations, Themis will lead to the detection and development of very cost-effective starter solutions and at the same time contribute to the energy transition towards a more environmentally friendly space thrower sector. ”

After completion of the initial phase, suborbital flight tests will take place at the European spaceport in Kourou, French Guiana (currently planned for 2023). Two launch sites are being considered, including the "Diamond Zone" and the Ariane 3 Launch Complex (ELA-3), where the Ariane 5 rocket has been launched since 1996. The latter location will be available after the transition to the next. Generation Ariane 6 is complete.

Commercial launch services and space agencies are increasingly looking for reusability to reduce the cost of deploying in space. With the better accessibility that makes this possible, the presence of humanity in space (and our capabilities there) will increase accordingly.