The Biden administration has proposed a new model for taxing multinational corporations, calling for the world’s biggest businesses to pay levies to national governments based on their sales in each country as part of a deal on a global minimum tax.

In documents sent to the 135 countries negotiating international taxation at the OECD in Paris and obtained by the Financial Times, the US Treasury laid out a plan that would apply to the global profits of the largest companies, including big US technology groups, regardless of their physical presence in a given country.

The goal of the plan is to catalyse negotiations at the OECD, the international organisation of wealthy countries, with the promise of a more stable international tax system that would stop the proliferation of national digital taxes and break the mould of tax avoidance and profit-shifting by many multinationals.

At home, President Joe Biden said he was open to compromise on his $2tn infrastructure plan after a backlash from businesses over a proposed $2.5tn increase in corporate taxes to fund it. (FT) Follow our live blog for the latest Covid-19 news and sign up for our Coronavirus Business Update email.

Wall St and big tech team up to oppose Texas wind power bill An alliance of companies ranging from Goldman Sachs and JPMorgan Chase to Amazon and Google, and including Warren Buffett’s Berkshire Hathaway Energy, are trying to head off new legislation they say would upend the economics of wind and solar power in Texas as the blame game over the state’s winter blackouts intensifies. (FT) Plaid valued at $13.4bn following collapse of sale to Visa Investors, including Altimeter Capital Management, Silver Lake Partners and Ribbit Capital, valued Plaid at $13.4bn in the fintech start-up’s first round of fundraising following its abandoned sale to Visa. The company provides an application programming interface, or API, that fintech groups such as Robinhood and Venmo use.

US seeks to restore aid to Palestinians The Biden administration plans to restart aid to the Palestinians, rolling back a 2018 Trump suspension in a move set to trigger new tensions with Israel, a close US ally. The state department said on Wednesday that it was seeking to “restart US economic, development and humanitarian assistance for the Palestinian people”. (FT)

Ecuador’s presidential race tightens Ecuadorians will choose a new president on Sunday in what promises to be a closer than expected race that will go a long way towards defining the country’s future relationship with the IMF and bondholders. Peruvians also go to the polls on Sunday to choose their fifth president in as many years. (FT) 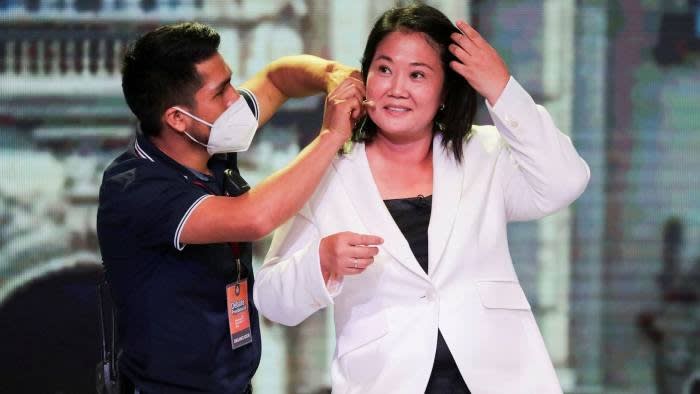 IMF and World Bank Spring meetings Jay Powell is due to debate the health of the global economy today at the IMF/World Bank spring meeting. The chair of the US Federal Reserve will appear alongside Kristalina Georgieva, managing director of the IMF, and Ngozi Okonjo-Iweala, the new boss at the World Bank. (FT)

ECB meeting minutes released Minutes of the last European Central Bank Governing Council meeting are set to be released on Thursday. At the meeting on March 11 the central bank promised to accelerate its bond-buying programme. (FT)

Holocaust Remembrance Day At a Holocaust ceremony on the eve of the April 8 day of commemoration, Israeli prime minister Benjamin Netanyahu said a nuclear deal with Iran that “threatens our destruction, will not obligate us”. (Haartez)

What else we’re reading

A solid case for the next generation of batteries Solid-state batteries are safer and use fewer raw materials than lithium-ion batteries that drive the modern world. Are they the answer to technology’s power problem and a threat to Tesla’s dominance? (FT) 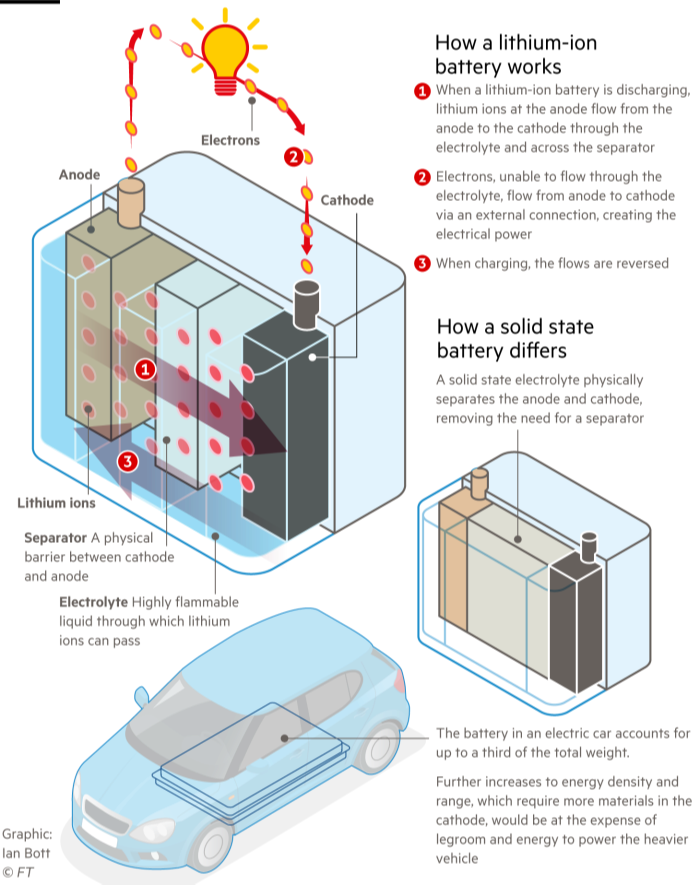 Biden should reverse course on China The US administration is making a strategic mistake in carrying on with Donald Trump’s hardline policies towards China, writes Kishore Mahbubani, distinguished fellow at the National University of Singapore. A fear of being seen as “soft” on China stands in the way of economic and diplomatic progress.

War in Tigray threatens to end Abiy’s dream of unity November’s invasion of Tigray by government forces has drawn in troops from neighbouring Eritrea and horrified an international community that in 2019 celebrated Ethiopia’s prime minister Abiy Ahmed as a peacemaker worthy of the Nobel Prize. The Financial Times gained rare access to Tigray and spoke to civilians who witnessed the killing and maiming of civilians. (FT) 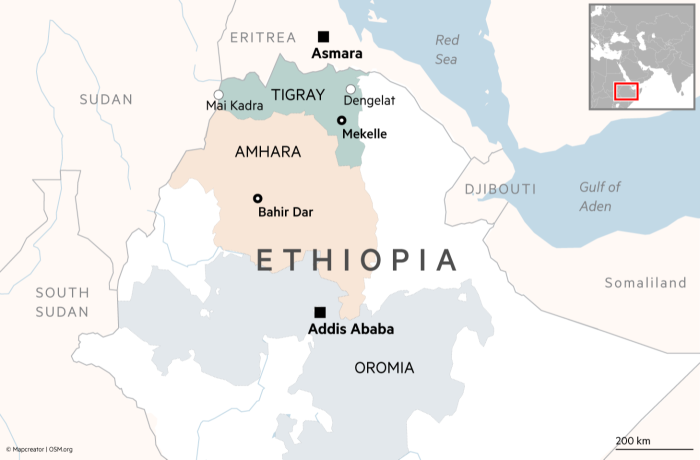 The world’s wealthiest Jeff Bezos is the world’s richest person for the fourth year running, according to Forbes’ annual billionaires list. Four people on the list top $100bn or more in net worth. (Forbes)

Invest now to repair ‘huge’ learning loss, educators urge Unesco estimates that almost 1bn learners are still studying remotely, with a “digital divide” further discriminating between richer and poorer students within and between nations. This is the latest article in our Investing in Education special report. (FT)

FT business books: April edition From resetting ideas around how we work to productive disagreement — our journalists review this month’s top titles. And you can catch up on this year’s earlier editions here and here. (FT) 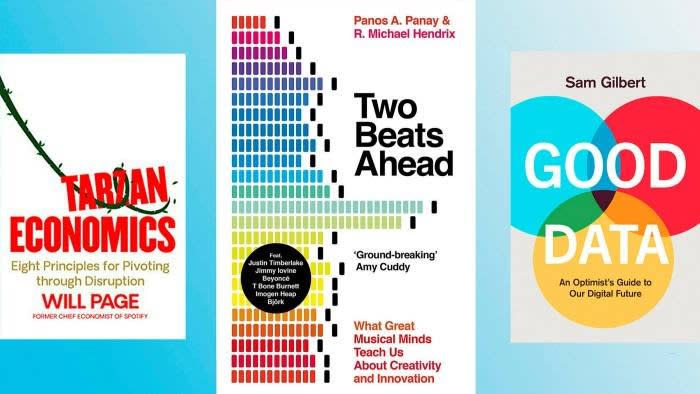 Video of the day

Are the US and China entering a Cold War? Over the past few years China’s growing economic and political clout on the world stage has fuelled its growing military ambitions. In the latest episode of the Rachman Review podcast, the FT’s US-China correspondent Demetri Sevastopulo talks to Michèle Flournoy from the Center for a New American Security think-tank about how the Biden administration might handle Beijing. (FT) 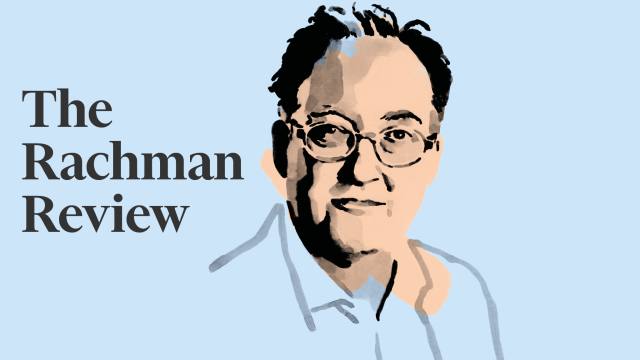 Thank you for reading. Send your recommendations and feedback to firstft@ft.com

2 Beyond the Pandemic: London's financial hub seeks a...