The Vera C. Rubin Observatory, formerly the Large Synoptic Survey Telescope (LSST), will start operating sometime next year. The first campaign that doesn't want to waste a perfect acronym is called the Legacy Survey of Space and Time (LSST). This ten-year survey will examine everything from dark matter and dark energy to the formation of the Milky Way and small objects in our solar system.

According to a new study by Amir Siraj and Prof. Abraham Loeb of Harvard University, another benefit of this survey will be the detection of interstellar objects that regularly enter the solar systems. These results, when combined with physical characterizations of the objects, will teach us a great deal about the origin and nature of planetary systems (and could even help us spot an alien probe or two!).

When Oumuamua passed Earth in October 2017, it was the first interstellar object ever observed by astronomers. Now, years after that momentous event, scientists are still theorising what it could have been – newer theories suggest it could be a dark hydrogen iceberg or an interstellar "dust bunny". But perhaps the most fascinating option was that suggested by Prof. Loeb himself.

In a 2018 study published in the Astrophysical Journal, titled "Could solar radiation pressure explain Oumuamua's particular acceleration?" – Dr. Shmuel Baily and Prof. Loeb suggested that the interstellar object could actually be an interstellar spaceship. This was based in part on the spectra of Oumuamua and how it mysteriously accelerated on its way out of the solar system.

Whether or not Oumuamua was an alien probe, Baily and Loeb claimed it was (at least) a new class of objects that astronomers had never seen before. In September 2019, a second interstellar object (2I / Borisov) was discovered crossing our solar system. While this was clearly a comet, it helped illustrate how interstellar objects regularly visit (and some even stay!) Our solar system.

An observatory like Vera C. Rubin therefore offers an important opportunity to learn more about interstellar objects and the processes that lead to the formation and nature of solar systems. On the one hand, examining objects in the solar system could potentially multiply the number of objects to be examined. As Prof. Loeb Universe Today said via email:

“Oumuamua and Borisov were the first two interstellar objects confirmed in the solar system. The sky survey, slated to begin in a couple of years with the Vera C. Rubin Observatory known as the Legacy Survey of Space of Time (LSST), could find a new interstellar object every month if they populate random trajectories. Our article deals with the question of what can be learned from the statistics of numerous interstellar objects. The LSST will rely on the Rubin Observatory's Simonyi Survey Telescope (SST), a ground-based wide-field telescope with a large aperture to measure the southern sky in optical bands from 320 to 1050 nm (from near ultraviolet to near ultraviolet (infrared) . The three large mirrors are actively controlled to correct for atmospheric distortions, and the images are taken with a 3,200 megapixel digital camera.

Vera C. Rubin is expected to provide valuable scientific results between her technical skills and the eight scientific collaborations that rely on her data. These include measuring the rate of expansion to determine the influence of dark energy and dark matter, mapping the Milky Way, capturing transient events such as novae, supernovae, gamma ray bursts (GRBs) and other phenomena.

"The Vera C Rubin Observatory will observe the skies at both unprecedented depth and cadence," Siraj told Universe Today (also via email). “As a result, it is time to significantly improve our understanding of small bodies in the solar system, including interstellar objects. 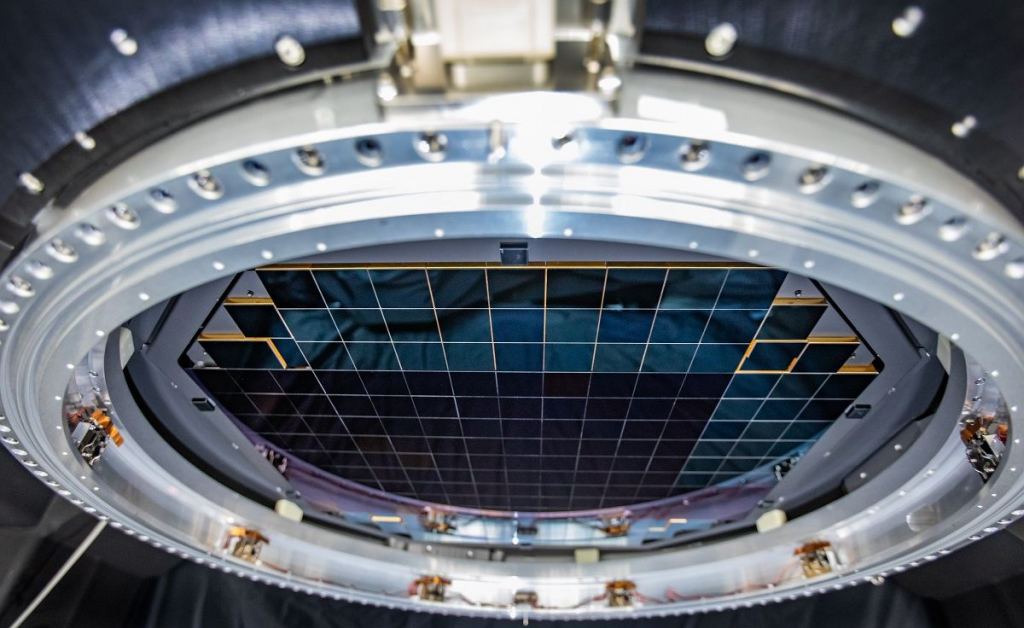 As they state in their study, the speed at which objects are ejected from their respective systems (comparable to their orbital speeds before they were “kicked”) is essential to understanding where they came from in the system. For example, objects in the outer areas would be easily ejected due to a passing star and consequently would have low ejection speeds. This is probably the most common type of interstellar object as well.

Similarly, gravitational interactions with planets near or within a star's habitable zone (HZ) that resulted in ejections would cause many planetesimals to move at high speeds. These speeds would correspond to the orbital speed of the objects within the HZ of their star and therefore tell scientists a lot about the mechanics in this system. As Loeb explained, they took all of this into account in their calculations:

“We looked at the ejection of interstellar objects in random directions relative to the speed of their host stars and calculated the resulting distribution of speeds when entering the solar system, taking into account the particular speed of the sun relative to the stars in its vicinity. ”

"Since interstellar objects are created in planetary systems around other stars, we adopted the kinematics of stars as well as an additional velocity component that takes into account the ejection speed of the object relative to the star," added Siraj.

What they found was that the typical ejection speed of an object could be deduced from the speed it was having when it arrived in the solar system and the direction of its arrival. In this regard, their speed would serve as an indicator of how close they were to their stars as they formed and when they were ejected. Or as Siraj summarized:

For example, if they had formed on the outskirts like the Oort clouds of the solar system, their pedaling speed would be negligible. However, if they come from the HZ of a system, the speed could exceed the range of star speeds in their solar environment (10 km / s). Knowing their place of birth could therefore provide important clues as to the processes that produced them, as well as their nature.

In a broader sense, studying these objects will provide valuable insight into the processes by which asteroids, comets and planets are formed in star systems. And if, like Dr. Baily and Prof. Loeb have suggested that some of these objects could actually be interstellar space probes exploring the universe, then the possibilities are even deeper.

"Objects that are of interest to SETI searches may be identified by their unusual speeds and directions of origin," said Siraj. Combined with Vera C. Rubin's ability to promptly notify a detection event (which makes follow-up observation a lot easier), astronomers could see these objects long before they even approach our sun or fly past the earth.

"If strange objects like 'Oumuamua' were made by technological civilizations, they could represent a 'message in a bottle'," added Loeb. This possibility is discussed in detail by Prof. Loeb in his upcoming book entitled "Extra Terrestrial: The First Sign of Intelligent Life Beyond Earth", which is due to be published on January 26, 2021 (I have pre-ordered my copy!).

Siraj and Loeb's recommendation is a good example of how advances in one area of ​​astronomy can produce positive results in another. By using next-generation instruments and observatories to catalog more stars, more planets, and more objects, astronomers will have more and more examples of what is possible in our universe. Studying these objects will also tell us a lot about the physics and mechanics that control them.

And if there's not too much to hope for, an interstellar probe or two may be found along the way. Considering what we sent out there with Pioneer Plaques and Voyager Records, it will be interesting to see what a message from an alien species has to say! My money is on "Don't answer!"